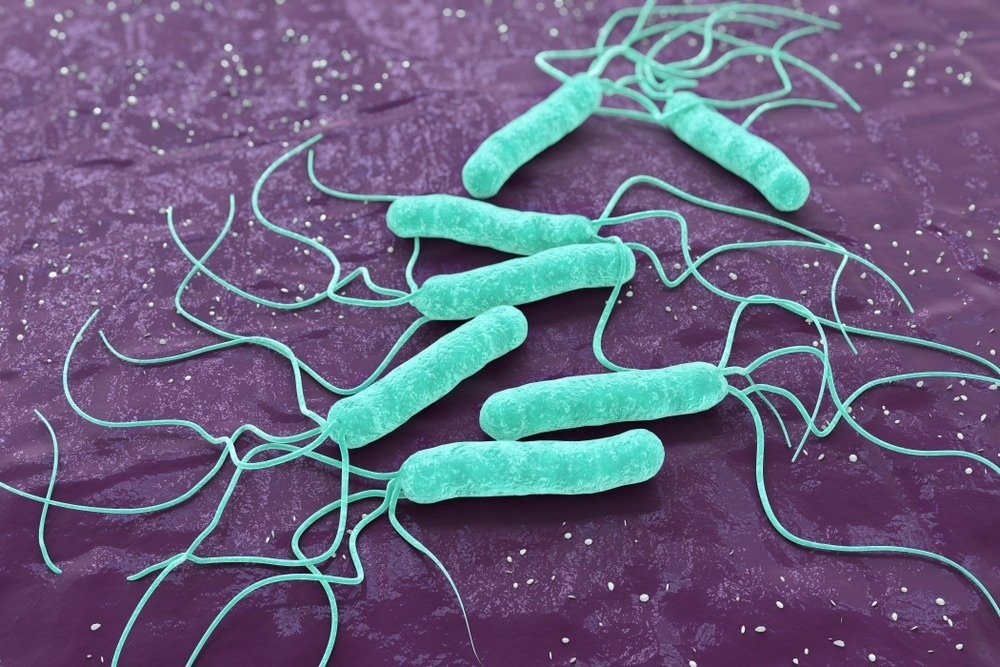 Highly fluorescent and water-dispersible functionalized carbon dots (FCDs) were synthesized from an organic source, followed by the fabrication of a potential fluorescence probe (FCDs-Ab) by conjugating the FCDs with anti-H. pylori antibody. The fluorescence quenching caused due to interactions between FCDs-Ab and graphene oxide (GO) was restored due to the presence of H. pylori.

Characterization of the FRET immunosensor after each step exhibited a linear detection range of 5 x 107 cells per milliliter, and the limit of detection (LOD) was 10 cells per milliliter for H. pylori. The analytical studies on developed FRET immunosensor using spiked food samples revealed decent recovery rates with promising risk assessment capacity in food testing.

H. pylori is a pathogenic bacterium causing gastrointestinal (GI) tract infections in the human population, sometimes leading to permanent damage to the GI tract. According to World Health Organization (WHO), H. pylori is a class I carcinogen that colonizes the stomach lining and causes liver cancer, gastritis, carcinoma, peptic and duodenal ulcer, and gastric lymphoma.

Additionally, increasing antibiotic resistance in the human population poses a challenge for optimizing a medical treatment against H. pylori infection. Hence, it is critical to develop an in vitro H. pylori detection method which allows for early infection monitoring caused via contaminated food and water sources. Although techniques like colorimetric or electrochemical sensors, polymerase chain reaction (PCR), enzyme-linked sorbent assays (ELISA), and lateral flow devices are available, these methods are laborious, time-consuming, and require skilled professionals for operation.

To this end, the FRET immunosensor that relies on energy transfer phenomena transfers optical energy from donor to acceptor. Furthermore, carbon nanodots (CDs) or nanocrystal-based biosensors enhance their sensitivity, photostability, water dispersibility, biocompatibility, and reduced toxicity. These nanomaterial-based biosensors can be effectively utilized for drug or gene delivery, metal ion or pathogenic microorganism detection, and in vivo and in vitro bioimaging.

To summarize, the newly developed FRET-based immunosensor could quantitatively detect the whole cell H. pylori using CDs and GO. The FCDs were synthesized efficiently from an organic source (citric acid) with a high quantum yield. Using a catalytic quantity of Tris during the synthesis of FCD enabled the retention of carboxyl groups on the FCD surface, leveraged for their conjugation with Abs.


Disclaimer: The views expressed here are those of the author expressed in their private capacity and do not necessarily represent the views of AZoM.com Limited T/A AZoNetwork the owner and operator of this website. This disclaimer forms part of the Terms and conditions of use of this website.